The 13th edition of the Indian Premier League (IPL) will be concluding on November 10. The tournament was delayed this year due to the COVID-19 pandemic and with ever-rising cases in India, it had to be shifted to the UAE. Also, with the delay in this season, BCCI has now had very little time to prepare for the 14th edition of the T20 extravaganza. However, BCCI President, Sourav Ganguly has confirmed that the 2021 edition will take place in the normal April-May window next year.

Various speculations are being made over the next IPL season. He also hinted at the possibility of the competition taking place in India. Moreover, he has also confirmed that England will also be touring to India and the bio-bubble will be created for the same to take place.

During a recent chat with India Today, Ganguly said, “Yeah, absolutely. April, May we’ll have another one [IPL 2021 season]. No, no it’s not true [the speculations]. The UAE was only for the IPL. Yeah, yeah. We will host England in India. We will host domestic cricket in India. Ranji Trophy, we will create a bio bubble and we will do it. We’ll be fine. The scare, that is not there anymore and the IPL has helped a lot. [have taken ] 16 tests covid tests (laughs), so far being good.”

The BCCI president explained, “Yeah absolutely, it’s the quality of cricket [in the IPL], it’s the madness about cricket in this country. It’s the fans who actually make it successful. And competition. It’s the quality of player, you go around and see the leagues in the world and I respect them, but this is different [the IPL].” 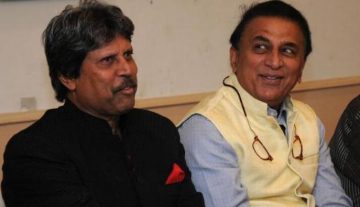