BCCI president Sourav Ganguly has been taken to Apollo Hospital in Kolkata on Wednesday after he suffered some chest pains. He was admitted at CCU 142 unit, a separate room inside the Critical Care Unit, at the at Apollo Hospital. According to the latest development in Ganguly’s health, the hospital has informed that the BCCI President is ‘absolutely stable’. Doctors will be expected to go for the second angioplasty by Wednesday evening, surgery mostly to be done on Thursday.

There have been minor changes in Sourav Ganguly’s Electrocardiogram (ECG) report as he is being monitored closely by the doctors at the Apollo Hospital in Kolkata. In a statement regarding the same, the hospital said,  “Sourav Ganguly has come for a checkup of his cardiac condition. There is no change in his parameters since his last hospitalization & his vital parameters are stable.”

Sourav Ganguly was diagnosed with three blocked coronary arteries on Saturday, following which a stent was inserted in one to remove the blockage. A 9-member medical team was formed on Monday who then decided that SPurav doesn’t need any further angioplasty for the remaining blockages in his coronary arteries.

Dr Rupali Basu MD & CEO Woodlands Hospital had earlier explained that the BCCI President will be able to resume his normal life in another 3-4 weeks once the remaining two blocked arteries are revascularized.

The doctor had said, “I don’t think we are considering surgery at the moment because of his young age and the advancement of angioplasty. But we are taking expert opinions from the best cardiologists in the country and in the world and then we will have to take a call about what to do with the 2 blocked arteries and once that is done, another 3-4 weeks of resting and he should be back to his active life and that’s what we want for Dada to be back to his active life,.” 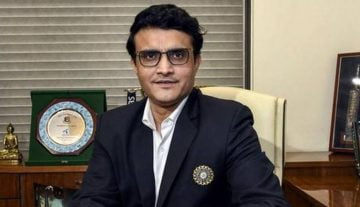