Former India captain Sourav Ganguly raised concerns on India’s batting during their ongoing four-match Test series against Australia which commenced n 6th of December at Adelaide. 2018 has been a mixed bag for Team India so far as they had immense success in ODIs and T20Is but their campaign in Test cricket has been showing no signs of improvement.

One of the biggest reasons for Team India’s consistent losses in the overseas conditions is the consistent failure of the batsmen barring the skipper Virat Kohli and Ganguly isn’t very happy about that.

ALSO READ: Sourav Ganguly Feels Batsmen Will Decide The Fate Of The Series

Despite the series wins against the likes of West Indies and Sri Lanka, the two great missed opportunities in South Africa and England still hurt the fans of Indian cricket. Ganguly has the reputation of having lead India to historic Test victories overseas, also made few suggestions to Kohli and his men for them to be able to succeed in the ongoing Test series against Australia and, in general, away from home.

Sourav stated that things could get really tough for the Indian team if their batting doesn’t perform its task to a tee. He added that a big first innings score is a sine qua non to win Test matches outside Asia. He said: “I always believe that outside the subcontinent unless you don’t score above 400 in the first innings you can’t win the game. We can’t expect Kohli to score four centuries on every tour.”

Ganguly also said that the tour could leverage Kohli’s chances of becoming one of the greatest skippers in the history of Indian cricket. However, Team India is in a strong position at Adelaide after two days and will want to bowl Australia out early and then post a total the hosts cannot chase. 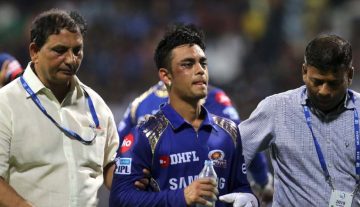