It’s not easy to impress someone like former Indian skipper Sourav Ganguly. He was known for helping the Indian team ‘rise from the ashes’, is rated highly in world cricket. A legend of the game himself, Sourav often, and rightly so, comes up with words of wisdom for the Indian youngsters. This time he had some words of advice for the young Indian wicketkeeper-batsman Rishabh Pant.

Ganguly disclosed that he is impressed with the flamboyant Delhi boy, who is said to be MS Dhoni’s replacement in the future, but also added that the young southpaw needs to learn “how to keep the game simple” from the current the Indian skipper, Virat Kohli.

In his column for the Times of India (TOI), Sourav wrote, “Pant is an exceptional talent and is the future of Indian cricket. His run-scoring ability, that too all around the wicket, is remarkable. But one thing he quickly needs to learn from his captain Virat Kohli, who is such a fine example of this concept, is how to keep the game simple. I am sure with time, Pant will learn.”

Ganguly also expressed his disappointment about the scheduling of the ongoing India-Australia T20I series and opined that three T20Is in a span of just five days, on foreign soil, won’t be easy to win for India, especially when flights are so long in Australia.

Sourav counts Australia as lucky to somehow take the game home in the first T20I at the Gabba in Brisbane a few days ago. He wrote that the men in blue were taking the game away when a poor shot by Rishabh Pant tilted things in Australia’s favor.

Moreover, Ganguly added that this Indian team is capable of beating Australia in all the three formats. He concluded, “Had we got a full game at the MCG (Melbourne Cricket Ground) and had India won in those conditions, the hosts would have been under huge pressure in the final game because this Indian team is capable of winning not only the T20s but also the Tests and ODIs against this Australian side.” 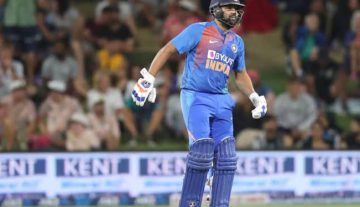