Although Bangladesh registered a victory over India in the first T20I in Delhi, they failed to maintain their winning momentum in the second. India won the second game where bowlers showed a great performance, especially the spinners according to Washington Sundar. Yuzvendra Chahal and Washington Sundar dismissed Mohammad Naim, Mushfiqur Rahim and Soumya Sarkar and restrict Bangladesh to 4/103 in the 13th over.

“Spinners have a big role to play in the shortest format of the game as they take the pace away from the ball. It is all about knowing what to do,” Washington Sundar said. “Chahal knows what batsmen are trying to do. He is very clever as he is very experienced. He has played a lot of IPL games so he is calm and composed under pressure. Chahal is very experienced in this format and he knows what to do to take wickets in the middle overs. He is definitely an asset for any team he plays for.”

Bangladesh eventually managed to put up 153/6 after getting a flying start as the spinners restricted them.

Captain Rohit Sharma smashed 85 off 43 which included six boundaries and as many sixes and made the foundation of their win.

“If he bats like this, it’s a treat for anyone in the stadium. Certain boundaries he hit were unbelievable. I also think from a bowler’s point of view. There were a few balls they executed really well but Rohit as usual, was on song today. If Rohit is having a good time, it’s really hard to stop him. Especially when he’s batting brilliantly like this, if he’s in a good mood. Honestly, I had the best seat in the ground,” he said.

With the series tied at 1-1, both India and Bangladesh will take on each other in the final T20I of the three-match series on Sunday, November 10, in Nagpur and also try to win the game to win the series as well. 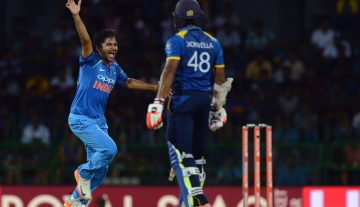