Sri Lankan team management has recalled their Test captain Dinesh Chandimal and top-order batsman Lahiru Thirimanne to the ODI squad as their ODI skipper Upul Tharanga has been banned for ODIs.

ICC has banned Tharanga for a slow over rate offense during the second match of the ongoing series against India on Thursday (August 24) at Pallekele.

Match Referee Any Pycroft reported that Sri Lanka was three overs short after India registered a sensational victory from the jaws of defeats as they were down to 131 for 7 in the chase of 231. Tharanga has previously served a similar two-match ban during the ICC Champions Trophy 2017 after Sri Lanka were found guilty of slow over rate during their tournament opener against South Africa.

The reports also suggest that Sri Lanka will also miss the services of opener Danushka Gunathilaka after he hurt his shoulder while fielding. He is unlikely to be available for the next two matches. Thirimanne is expected to open batting while Chandimal will take up the No. 4 position.

Sri Lanka’s selectors will be having a meeting in Kandy in order to finalize the stand-in captain in the absence of Tharanga. Sri Lankans are trailing in the five-match series by 0-2. 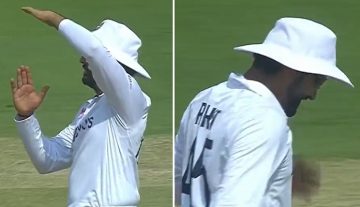