The latest edition of the Indian Premier League is about to start and the franchise has started the preparations. In this order, Rajasthan Royals have announced their skipper for the upcoming season, which will mark their comeback in the league after a suspension of two years.

Steve Smith will be seen leading the inaugural champions of IPL after successfully taking Rising Pune Supergiants to the finals last year. Shane Warne announced this news on Saturday, who himself will be returning to his former IPL team being a coach and mentor.

Speaking on his appointment, Smith said, ”It is great to be back at [Rajasthan] Royals. I was with the franchise a few years back. We had a great time. Thanks for giving me the honour and privilege of leading the Royals. I am looking forward to have a successful campaign. Looking forward to working with Warne.”

Ware is very keen to work with Smith after watching his so closely through the years. He couldn’t contain his feelings and quoted “I’ve watched Smith bat through the years, watched him captain the national side. I think he’s the best batsman in Test cricket.”

Talking to Cricbuzz, the former leg-spinner further added “Really looking forward to working closely with Smith and hearing his thoughts. Looking forward to helping him if I can and taking the team forward.”

Australian skipper is in tremendous form in international cricket and ended his 2017 as being the leading Test run scorer. Thus, the International Cricket Council (ICC) rewarded him with the ICC Test Cricketer of the Year award.

Apart from Rajasthan, Smith has represented Pune Warriors India after spending his time on the bench strength of Royal Challengers Bangalore. 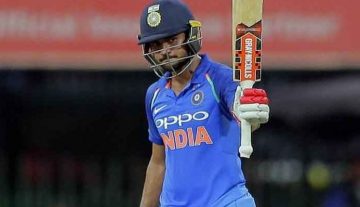