The veteran Australian batsman, Steve Smith has started playing mind games ahead of the upcoming Border-Gavaskar series as he challenged the Indian fast bowlers to bring on short bowling. Smith’s vulnerability against the short ball was exploited well during New Zealand’s last tour of Australia where he fell four times to Neil Wagner as the Black Caps set fields for short-pitched bowling.

India’s fast bowling quartet of Jasprit Bumrah, Mohammed Shami, Ishant Sharma and Umesh Yadav played a crucial role in India’s success in 2018 and they will have to play a key role if Virat Kohli’s side for a chance to retain the Border-Gavaskar trophy.

Notably, India defeated Australia under Virat Kohli in 2018-19 with a 2-1 margin. Australia missed Steve Smith and David Warner the last time but the two stars are back and the hosts will have a slender edge against the touring side.

As per the quotes on News Corp, Steve Smith said, “I just play the game and sum up the conditions, how they’re trying to get me out, and being able to counter that. I mean, a few different oppositions have tried it and they’ve certainly found it more difficult to [execute it] the way Wagner did. If teams are trying to get me out like that it’s probably a big benefit for the team because it takes a lot out of people’s bodies if you continually bowl short.”

He further elaborated, “I’ve faced a lot of short bowling in my life and I haven’t had too many stresses with it. I can’t wait to see them go. And we’ve got good depth as well. James Pattinson who has come back from that back injury, we saw how powerful that was during the last Ashes in England. Michael Neser keeps playing well over and over again. And Sean Abbott, every Shield player I’m talking to they’re all saying he is bowling fast.”

India had commenced their training while being in quarantine from November 14 in Sydney. The ODI series scheduled to commence on November 28 at the SCG following which a 3-match T20 series will be played. India and Australia will be locking horns with each other in the much-anticipated Test series from December 17. 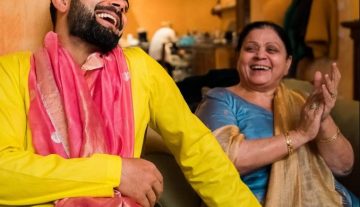