The suspended former Australian captain Steven Smith feels that the ball-tampering scandal during the Cape Town Test in this March was his leadership failure. He further added that he had the opportunity to stop that but didn’t do that.

The ball-tampering incident in the Cape Town Test during March shook the Australian cricket team. While the Cricket Australia (CA) has banned the opening batsman Cameron Bancroft for attempting to alter the ball condition by using yellow sandpaper, the skipper Steven Smith and the vice-captain David Warner both have been suspended for playing the leadership role in that incident.

Recently, talking about that, Smith remarked that incident as his leadership failure.

Elaborating that incident, Smith revealed that he was suspecting that something was going to happen on the field but didn’t take any action.

Smith added, “It’s been documented pretty heavily what went on. In the room I walked past something and had the opportunity to stop it and I didn’t do it and that was my leadership failure. It was a potential for something to happen. It went out and happened on the field. I had the opportunity to stop it rather than say I didn’t want to know anything about it. That was my failure of leadership for that and I have taken responsibility for that.”

Smith is ok with the present situation and feels really fortunate to get crucial support in the tough times. Admitting to making a big mistake,  Smith added that he is trying to move on and improve as a person.

Smith said, “I’m going OK. I’ve had tough days, I’ve had my ups and downs. But I’ve been really fortunate to have a close group of people around me to help me through those difficult times.

“There have been some dark days where I haven’t wanted to get out of bed and things like that. But I’ve had a close group of people around me to help me know that it’s OK. I’ve made a mistake and it was a big mistake and I’m trying to move on from that and improve as a person.” 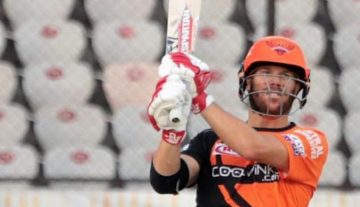