The outbreak of the Corona Virus has brought the world to a standstill. The cricketing calendar has suffered because of the same as we didn’t see any games for a period of over 2 months.  All the cricketers are were stuck indoors due to the lockdown.  On Thursday, The English Men’s Cricket team players finally resumed their training at Trent Bridge Stadium in Nottingham. English pacer Stuart Broad shared his thoughts on being back after being involved in individual training.

Broad took to his social media account and uploaded a short video of himself training. He captioned it with: “So much work has gone in behind the scenes to make this possible. Thanks to all people @englandcricket and @trentbridge who have been involved. I really appreciate it. Felt great to be back out there having a bowl. Loved it.”

So much work has gone on behind the scenes to make this possible. Thanks to all the people @englandcricket & @trentbridge who have been involved, I really appreciate it. Felt great to be back out there having a bowl. Loved it. 🏏 pic.twitter.com/uZNfPBKzJ3

England’s team training is positive news for everyone as it indicates the resumption of Cricket. New Zealand’s tour to Australia and South Africa’s tour to India in March is the last tournaments to be played before the complete ban on sporting activities. .Amid the lockdowns, the cricketing fraternity had taken over the internet and interacted with their fans.

Players how have resumed training are advised to regularly wash hands and maintain social distancing.  Earlier, the International Cricket Council’s (ICC) Cricket Committee chaired by Anil Kumble was involved in a meeting to discuss the next steps for the game. 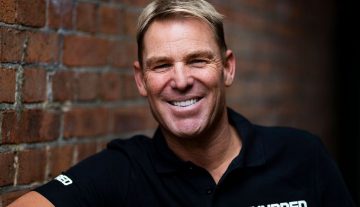