Legendary Indian cricketer, Sunil Gavaskar reckons that Delhi Capitals (DC) have a very good chance of lifting the Indian Premier League (IPL) trophy for the first time as they have a due to their squad selection for the 13th edition of the cash-rich tournament. DC is the only team in the history of IPL to not have made it to the final. Delhi has made it to the playoffs only four times in 12 seasons and have finished last in the group four times.

During a recent interview with Sports Tak, Gavaskar said, “Delhi Capitals have a very good chance of winning IPL this time. They have selected some very good T20 players. Their selection of overseas players is good. The kind of batting ability the Delhi Capitals have this season is amazing. Even if only two players perform, DC can score big throughout the tournament. Rishabh Pant can finish matches for Delhi Capitals at No.4 or No.5 with his big-hitting skills.”

ALSO READ: Virat Kohli Thanks PM Modi For Congratulating Him And Anushka

Under the guidance of Ricky Ponting and leadership of Shreyas Iyer, Delhi Capitals have added firepower when they bought the services of Ajinkya Rajhane, Shimron Hetmyer, Marcus Stoinis, and Alex Carey. They have a strong spin unit in the likes of R Ashwin, Sandeep Lamicchane, Amit Mishra, and Axar Patel.

Talking about them, Gavaskar added, “I will pick Shimron Hetmyer in Delhi’s playing XI. He would like to prove himself after a flop IPL 2019 for RCB. I don’t think Ajinkya Rahane will be able to make in the playing XI of Delhi Capitals. Marcus Stoinis can come at No.6, following him would be the West Indian all-rounder Keemo Paul.”

He also added, “Delhi has got a lot of options in spin bowling. R Ashwin is experienced and he was leading KXIP last year. Shreyas Iyer will get a lot of help from Ashwin in taking decisions.”

ALSO READ: Ben Stokes Shares Video Of Him Coming Back To Training In Christchurch

Delhi Capitals will be playing their first match against Kings XI Punjab (KXIP) in Dubai on September 20, a day after the opener between holders Mumbai Indians (MI) and Chennai Super Kings (CSK). 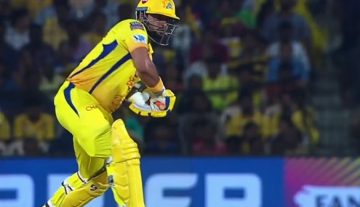