Article
Supersport Clarifies They Have No Control Over Hawk-Eye, No Charges Leveled At Team India
By CricShots - Jan 15, 2022 9:11 am
Views 39.1K

As South Africa registered a 2-1 Test series win over India on Friday after winning the third and final game at Cape Town, the on-field eactions of the Indian skipper, Virat Kohli continued to create waves on social media. He has been subjected to controversy on Day 3 of the Newlands Test for his comments directed on the stump mic comments questioning the umpiring and technology.

South Africa skipper Dean Elgar was saved after a controversial DRS decision, which led to Virat Kohli getting riled up and he ended up going to the stumps and saying, “Focus on your team as well when they shine the ball eh, not just the opposition. Trying to catch people all the time.”

Dean Elgar was trapped by R Ashwin’s delivery but when he reviewed the decision, the hawk-eye showed that the ball was going above the stumps, and the controversial call DRS evoked a reaction from the Indian captain. On the sump mic, KL Rahul was heard saying, “It’s the whole country against 11 guys,” while Ashwin slammed the broadcaster: “You should find better ways to win, SuperSport.”

The episode drew a lot of criticism from pundits and fans, however, broadcaster SuperSport has also weighed in on the DRS meltdown of the Indian players. In a brief statement issued to AFP, the broadcaster said: “SuperSport notes comments made by certain members of the Indian cricket team.”

They further added, “Hawk-Eye is an independent service provider, approved by the ICC and their technology has been accepted for many years as an integral part of DRS. SuperSport does not have any control over the Hawk-Eye technology.”

The bounce of the pitch – a significant factor in Dean Elgar's successful review.#SAvIND pic.twitter.com/GI2rXjgjwd

As per the reports of ESPNcricinfo, the ICC’s match officials has had a word with the Indian team management and gave a warning to the Indian players for their conduct after DRS had reprieved Dean Elgar from being given out lbw, but there was no official code of conduct breach charge leveled against Team India.

During the post-match press conference, Virat Kohli himself said that while he wouldn’t comment about the stump mic picking up what he and his players said and in his opinions he and his team didn’t get carried away and surrendered any advantage to the South Africans.

Elaborating the same, Virat Kohli said, “We understood what happened on the field, and people on the outside don’t know exact details of what goes on in the field, so for me to try and justify what we did on the field and say we got carried away is wrong. If we had gotten charged up and picked up three wickets there, that would have probably been the moment that changed the game.”

ALSO READ: MS Dhoni To Hand Over His CSK Captaincy To Another Player?

Explaining the reason behind the loss, Virat Kohli, “The reality of the situation is that we did not apply enough pressure on them for longer periods of time throughout the course of the Test match and hence we lost the game. That one moment seems very nice and very exciting to make a controversy out of, which honestly I’m not interested in making a controversy of it at all. It was just a moment that passed and we moved on from it.” 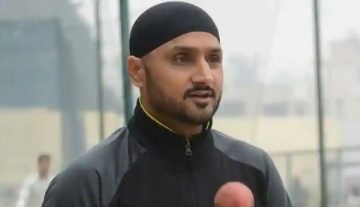