Often we have heard a big story about the superstitions by cricketers around the world. From Steve Waugh’s handling a red handkerchief to Sachin Tendulkar, who used to wear his sportswear in order from left to right. Now, we have another superstitious cricketer in form of former South African fast-bowler Makhaya Ntini. 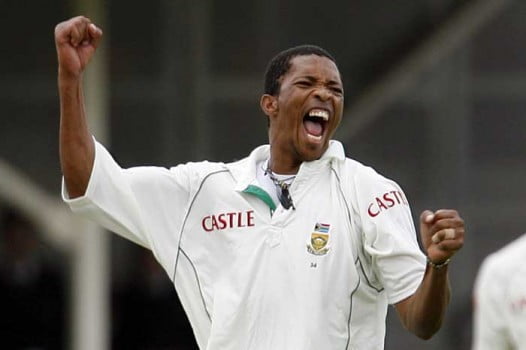 However, what he did for being lucky is very unbelievable and it won’t go down well to any other cricketer.

In a latest interview with Cricket Monthly, Ntini revealed that he kept cow dung, wrapped in the plastic, in his cricket kit, which always strengthen his luck over the years.

Ntini was the first black cricketer for South Africa. He grew up in a rural area in the country’s Eastern Cape. They could not even afford shoes which would help him combat the cold. So, here is what they used to do. Ntini and his friends used to stand on fresh manure to keep their feet warm and avoid being frost-bitten.

Talking about the same, he quoted “It was always the same piece of dung throughout my career and was my lucky charm that kept me grounded, I would even kiss it when I needed a little extra out on the field. It clearly worked — just look at my stats!”

However, that was not it and he went to reveal that he used to pee on his hands and splash it on his face.

Despite it being a very weird way of superstition, these things worked very well for Ntini. He ended his career with 390 scalps in 101 Tests other than 266 ODI wickets.