Despite the fact that T10 cricket is yet to gets official but, the International Cricket Council (ICC) has officially sanctioned the second season of the T10 League. It is set to commence from November 23 in Sharjah, the United Arab Emirates. This move from cricket’s governing body comes as a huge boost for the league which is slowly gaining popularity.

Last year, the inaugural edition of the tournament was played between witnessed six sides with Eoin Morgan’s Kerala Kings winning the title, defeating Punjabi Legends in the final. A couple of teams have been added to the league this year and now it will be played over a period of 10 days.

The ICC has given a green signal to the first 10-over format cricket league which features local as well as international players. India’s Virender Sehwag was among the participants in the first season albeit briefly. The chairman of the T10 League, Shaji Ul Mulk, was delighted as he informed the news of ICC sanctioning the tournament. At the same time, he also felt that it’s up to them now to keep growing with every passing year.

As quoted in Times of India, the chairman said, “This sanction from ICC for T10 League gives our partners, stakeholders and more importantly the players a much-needed boost. Having said that, it additionally gives us the responsibility to ensure we keep growing year-on-year and make this format globally acceptable.”

The President of the league, Salman Iqbal was also thrilled to bits and felt that its expansion from six to eight teams proves that the tournament is gaining more popularity.

Salman said, “The sanction from the ICC will only add further shine to the global appeal of the event. We believe that value creation for the new teams will see a positive growth from year one. From four-day league to a ten-day league with more teams and a larger pool of international players is a testament to the faith shown by fans and stakeholders.”

The second edition of the league will have its player draft in September. Top international players like Rashid Khan (Maratha Arabians), Eoin Morgan (Kings), Sunil Narine (Bengal Tigers), Shahid Afridi (Pakhtoons), Shoaib Malik (Punjabi Legends), Shane Watson (Karachians) and others have already been roped in as icon players for the franchise they represent. 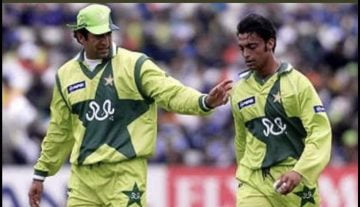 News
By CricShotsStaff - Mar 16, 2020
Akram-Akhtar back together to spread happiness