Afghanistan will be playing their first cricket Test in Bengaluru in a little over a month’s time and it is already planning a global Twenty20 league. The Afghan announcement comes soon after the International Cricket Council (ICC) decided that all Twenty20 matches between members will have international status.

The ICC, after its week-long but less publicised meetings in Kolkata has also decided to lay down new minimum standards to make it easy for member-countries to globalize international cricket for both men and women, using T20  cricket.

Women’s teams of all the member-nations will be awarded T20I status on July 1, whereas the men’s teams will get it on January 1, following the cut-off point for qualification to the ICC World Twenty20 in 2020. Rankings for women will be from October 2018 and men from May 2019.

It surely is a giant leap unlike in the past when the ICC tried to take the sport to global markets like the U.S., Canada, Japan and China, helping them in creating infrastructure and providing them with the equipment.

Interestingly, Lalit Modi, the founder chairman and commissioner of the Indian Premier League (IPL), had prophesied that players in the popular league will get paid $1 million a match once the $12 million cap is removed and they will be in the pay bracket of the English Premier League and of some stars in the highly lucrative American leagues.

Modi’s significant comments came as a curtain-raiser for the ICC meetings. “In a free market, the person with the deepest pockets will win. The players will gravitate towards who pays the biggest salary,” he said, predicting the demise of traditional cricket, which would now be effectively financed by professional financiers around the world, and that will make the ICC irrelevant.

The inaugural Afghanistan Premier League (APL) will have five teams and like the Pakistan Super League (PSL), it will be played in the United Arab Emirates (UAE) in October. Forty international players have apparently committed themselves to the league, which the Afghanistan Cricket Board (ACB) thinks will take their cricket to “the next level.”

Afghanistan wants Indian players in the league, but it is highly unlikely the Indian authorities will allow it right now as that would dimish the popularity of the IPL. As it is the IPL has given the Afghan players a great platform and their players are also performing well.

Their exciting leggie Rashid Khan of Sunrisers Hyderabad is already a big star and fellow-teenage-spinner Mujeeb U Rahman is making people sit up and take note of his excellence with Kings XI, Pftpounjab. Then, there is off-spinner Mohammad Nabi in the Sunrisers’ squad and Chinaman bowler Zaheer Khan Pakteen with Rajasthan Royals.

Afghanistan is the latest, along with Ireland to get elevated, and they will play their first Test against India, starting on June 14.

But surprisingly, the two teams may not be slotted to play another Test for at least four years in the proposed Future Tours Programme (FTP) for 2019-2022. Ireland will play their debut Test at home against Afghanistan’s neighbors Pakistan from May 11-15.

A lot of interest will be invested in the T20  league as the ICC is going to introduce global rankings. A look at Afghanistan’s progress clearly shows how well they have concentrated on their Twenty20 cricket to come to a stage where the ICC is forced to give them Test status.

Bangladesh is another team that has created a place for itself in the shorter formats, particularly in the 50-over game, before doing well in Tests at home to start with.

The Federation of International Cricketers’ Associations (FICA) broadly endorsed the ICC decisions, seeking clarity in the global cricket calendar — a balance between the growing domestic T20 and traditional international cricket. 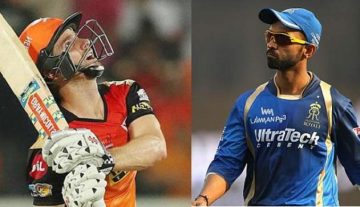