There is no denying the fact that the market for sports betting is huge in India because of the diverse population. Part of the population has a very liberal worldview, while another part remains very conservative. Therefore, the population is often incredibly divided on key issues such as gambling and whether or not betting should be made legal.

It is not surprising that there are plenty of people in India who enjoy gambling as sports play a crucial part in the Indian culture, and betting on the outcome of sports has always been a national pastime. Sports betting especially on cricket and horse races remain very popular. Casino gambling and playing poker used to be popular among the elite, but are now becoming mainstream even among ordinary citizens.

However, despite the popularity of gambling in India, most forms of betting are prohibited in the country. There are some exceptions, but it is very little in the way of legalized and regulated gambling. Much of the gambling laws are pretty unclear. This is especially true when it comes to online gambling.

ALSO READ: Impacts Of The Lockdown In 2020 On The Sports Betting Industry

As a result, it is difficult to determine exactly what is legal and what is not in India. The legalities of gambling have often been a topic of debate for more than a decade now, but there hasn’t been much progress in terms of making clear laws. The fact that there is gambling-related legislation at both the central and state level makes things even more confusing.

The Constitution of India has allowed every state to make its own gambling laws. This means there are numerous state-specific deviations. For example, Telangana, Tamil Nadu, and Andhra Pradesh have banned online games. Most of India is subject to the Public Gambling Act of 1867 and the Technology Act of 2000. The IT Act of 2000 made provision for various offenses which deal with online activity, although there’s no mention of online betting being illegal, only physical gambling.

At the state level, there are two states which have introduced some specific laws regarding online gambling. In Maharashtra, it’s completely prohibited, while in Sikkim the government now has the authority to issue licenses to operators wishing to provide online gambling services within the state. This is a notable step forward for regulated gambling in India. Casino gambling is regulated by the Public Gambling Act, 1867, and is outside the legal ambit of gambling.

However, the Indian bettors who prefer to play their luck in casinos can enjoy it in Sikkim and Goa. These 2 states are the only states, which have legalized casino gambling to a limited extent only under state-approved license i.e. at five-star hotels. It is also allowed on the board of an offshore vessel/ship. It is not unreasonable to expect that in the future, the gambling laws in India will be amended in order to provide a more clear idea of what’s illegal and what’s not.

There have been some hints that the government will be looking to legalize betting on a national level. However, there is a lack of motivation to perform the necessary political legwork that is required for such a massive operation. Hoping to bring uniformity into the sector, the online gaming industry as well as experts have been urging the Indian government to set up a self-regulatory body that will standardize regulations governing online betting.

In order to protect the public from the ill-effects of these activities and to increase transparency, the need of the hour is a clear law that governs online gambling and betting activities.

It would seem as if a large section of the population remain very conservative and opposed to the idea of legalizing online betting. However, the youth, who are the future of the country, are more open-minded towards legalization, and if the youth continue to support legalization, then legal and regulated online betting will undoubtedly become a reality in India. 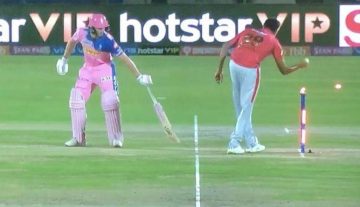