Sri Lankan limited-overs skipper Thisara Perera has invited Team India for the Tri-nation T20I series in Sri Lanka in March next year, which also includes Bangladesh. On the memorable occasion of their 70th Independence day celebrations, the Sri Lanka Cricket (SLC) is planning to host the Tri-series and also named it as ‘Nidahas Trophy 2018’.

Over the years, India and Sri Lanka have played a lot of cricket against each other even in 2017. All the contests have been captivating and pleasure for the millions of cricket fans cheering for their respective teams. The excitement will increase furthermore for the Tri-series which includes Bangladesh as the third team. It will be played between March 8-March 20.

The three cricketing neighbors will face each other two times as the table toppers will lock horns on March 20. The R Premadasa Stadium in Colombo will be the venue hosting all the matches of the tournament.

The Nidahas Trophy was previously was played in 1998 which marked Sri Lanka’s 50 years of independence and also SLC’s 50 years of initiation. Talking about the same, SLC president, Thilanga Sumathipala said, “70 years is a long journey and one that needs to be commemorated and celebrated. We are happy that our closest neighbors, who share more or less the same journey of independence are joining us in this celebration, which we believe will be a milestone and an augur of the great things to come in the annals of cricket.” 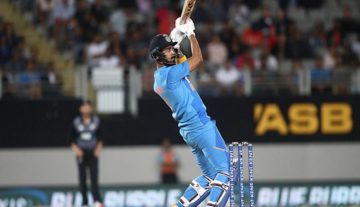 News
By CricShots - Jan 27, 2020
KL Rahul Reveals The Secret Behind His Recent Success