The England and Wales Cricket Board (ECB) has announced the 16-member Test squad for their upcoming Sri Lanka tour, which will be played in November.

Opening batsman Rory Burns, top-order batsman Joe Denly and the right-arm pacer Olly Stone have earned their first Test call-up. While it is the maiden international call-up for the 28-year-old left-handed batsman Burns, the 24-year-old Stone has been selected earlier in the ODI squad for the upcoming Sri Lanka tour. Meanwhile, the 32-year-old right-handed batsman Denly has played 9 ODIs and 5 T20Is for England between 2009 and 2010 but never earned a Test call-up before this.

The national selector Ed Smith said about this new three players, “Joe Denly has had an excellent season with bat and ball and has matured into one of the leading players in county cricket. He has that all-round touch of class that can help at the highest level.”

“Olly Stone is an exciting talent who bowls with pace and skill. His 37 wickets in the county championship have come at an average of 12.27 and a strike rate of 22.22.”

“Rory Burns, who has led Surrey to the Championship title, has been the most consistent run-scorer in county cricket in recent seasons and fully deserves his elevation to the Test squad. Rory is the leading championship run-scorer this season with 1319 at an average of 69.”

Also, the 27-year-old left-arm spinner Jack Leach has been selected in this Test squad. He has played the only Test when he made his international cricket debut during the Test match against New Zealand at Christchurch at the end of this March. In that game, the left-arm spinner picked up two wickets.

As usual Joe Root will lead the squad, under whose captaincy England recently won the five-match home Test series against the no.1 Test ranked side Indian cricket team (by the 4-1 margin). All-rounder Ben Stokes remains in the squad while the out-of-form Test opener Keaton Jennings has also got a chance for the upcoming Test series.

Prior to the Test series, England cricket team will play two back-to-back two-day warm-up games against Sri Lanka Board XI (October 30-31 and November 1-2). 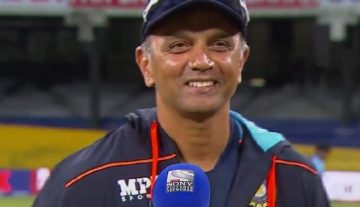