In today’s time, a lot of players find it easy to blow off some steam on social media as it also plays a crucial role for them to shape their careers. The brand value and the popularity of any cricketer often get quantified by the number of followers they have on their social media handles. Almost all the cricketers, whether current or former, are known to be active on their respective handles as they use it for promotion, brand endorsements, and to connect more with their fans.

Hasan Ali and Shadab Khan have known to be good friends on and off the field. However, the two players represent two different franchises in the Pakistan Super League (PSL) and it resulted in hilarious banter between the two friends. The entire episode started with Hasan reacting to a post shared by Islamabad United Twitter handle.

Retweeting the post, Hasan mentioned that Peshawar Zalmi is better than Islamabad United. The latter’s skipper Shadab was quick to come up with a witty response as he reminded Hasan that Islamabad has two PSL trophies while Peshawar Zalmi has won just one. To this, Ali came up with an answer saying that this time, they will make the winnings equal.

However, instead of using equals to sign, Ali used the greater than symbol, and the same provided Shadab another chance to pull the leg of Hasan. Highlighting the error, Shabad wrote, “Pehli baat 2=2 hota hai, 2>2 tou ho nahi sakta. Dosri baat 3>1 yaad rakhna” 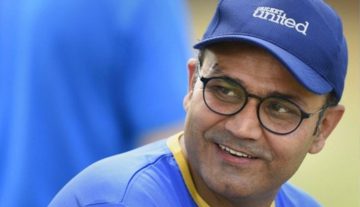