Here is no surprise that the “Sandpaper Gate” incident is on the top position of this list. That incident happened during the day three (24 March 2018) of the third Test of the series between the hosts South Africa and visitors Australia at Cape Town, which has shaken the Australian cricket as well as the world cricket too.

The 25-year-old Australian opening batsman Cameron Bancroft was caught in video footage where he was trying to alter the ball condition by using yellow sandpaper. Later, it was revealed that the skipper Steven Smith knew that whole incident and both admitted that ball-tampering incident.

Further investigation revealed that the vice-captain David Warner was the mastermind of that incident.

On 28 March 2018, after their complete investigation, the Cricket Australia (CA) suspended Smith and Warner for one-year and Bancroft for nine-months from the international and domestic cricket. Moreover, Warner will never be a captain while Smith and Bancroft will have to wait one more year after completion of their suspension to lead a side.

Despite CA gave the clean chit from that scandal to then head coach Darren Lehmann, he decided to step down from that role at the end of that series. Later, the former Australian Test specialist opener Justin Langer has been appointed for that role and he is continuing it in the very good way.

That incident has hugely shaken up Australia’s long cricketing pride and their aggressive cricketing culture has been criticised a lot of. They still haven’t got rid of from that situation, especially some important and long-time CA officials have ended their journeys or on the way to end their journeys. 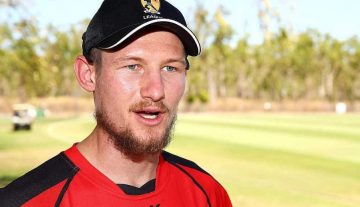 News
By CricShots - Dec 22, 2018
Cameron Bancroft Explains The Importance Of Yoga In His Life