England landed in Australia as the Ashes winner, but the chances to retain the urn look quote blur for them. Though, they can pull their socks up for some fight. Despite losing first two Tests, England coach Trevor Bayliss doesn’t have any sight of pressure.

He urges his players to not panic for the result and keep performing well. Bayliss has got faith in his team for a positive result from here on.

“I don’t think there is a real need to panic, the guys have shown the capabilities we have got. We have just got to find a way to do it for longer,” he said.

“In both test matches we have competed for a couple of days but to win against Australia in Australia we have to compete for longer than that. All of our players have competed at different times and showed they can bat but we just have to do it for longer.”

Bayliss knows that batting department let them down and it will remain the sensitive part until batsmen put a price tag on their wicket. Talking to BBC, he quoted “You have to take 20 wickets but, to put pressure on the opposition, you have to score more than 220 in each innings.”

The 54-year-old concluded while saying “We have got a few scars there with the Australian team. There will be a few who have missed out and a few who will be nervous. They’ve got four good bowlers and we’ve shown we can compete with them for a period of time.” 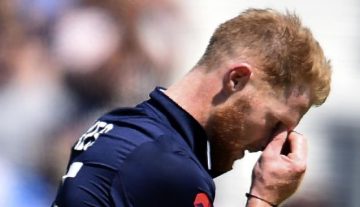