After dismissing South Africa for 118 in the second One-Day International, Team India is cruising towards an easy win. Rohit Sharma couldn’t hang his bat around to get some runs under his belt and threw his wicket away in order to get some quick runs. 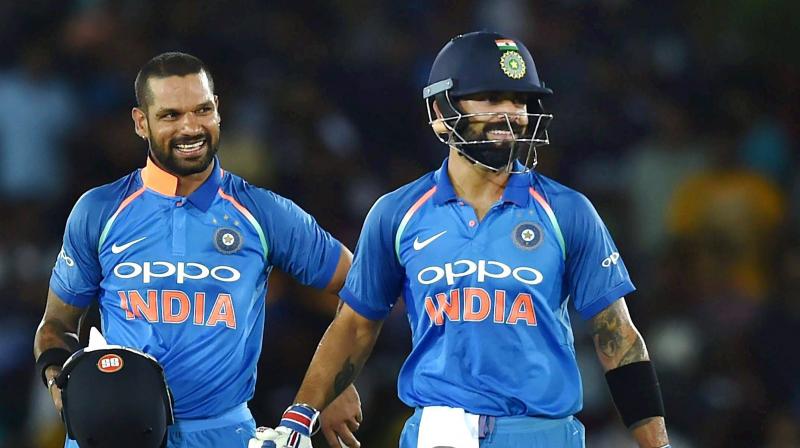 However, Captain Virat Kohli and Shikhar Dhawan batted sensibly since then and punished South African bowlers with their bat. In the meantime, Dhawan reached to his 24th ODI half-century. Just when it looked that India has chased this target down, umpires break the bails and called it lunch. India was just two runs short to make the series score 2-0, but umpires were keen to have something before India’s victory.

Twitter erupted immediately with this shocker of an incident. Here are some reactions;

Everyone's reaction after that… pic.twitter.com/H09eD8yVfj

#IndvsSA 2nd odi Nothing matters when umpires are hungry ! #Lunchtime

2nd ODI: India should score these last two runs in the final over & should sharpen their defensive game. It will be the best way to prepare for future test series in England & Australia & also atleast I hv something to watch on this boring sunday evening. #SAvIND #INDvSA