Currently, Team India is locking horns with the West Indies for the second ODI of the three-match series at the Dr. Y.S. Rajasekhara Reddy ACA-VDCA Cricket Stadium in Visakhapatnam. After winning the toss, the Windies skipper, Kieron Pollard again decided to bowl firs citing the chances of the dew. However, India made one change in the squad as Shardul Thaur came in to replace Shivam Dube. The Windies made a couple of changes as Kharry Pierre and Evin Lewis replaced Sunil Ambris and Hayden Walsh Jr.

Rishabh Pant scored his maiden T20I half-century in Chennai but missed out on converting it into a ton. However, in the second T20I in Visakhapatnam, Pant showed that the fifty in the first ODI wasn’t a fluke by any stretch of the imagination. Unlike the game in Chennai, the southpaw started to smash the ball from the word go. He came to bat with only 39 deliveries left in the Indian innings after the dismissal of Rohit Sharma.

Pant announced himself with a colossal six off Alzarri Joseph and went on to smack another over-boundary in the same over. In the next over, Pant literally smashed Cottrell all-over the park by scoring as many as 24 runs with three scorching fours and a couple of sixes in. By the end of the over, Rishabh was on 38 off a mere 13 balls. He had Shreyas Iyer, who was looking equally dangerous, for company.

The duo went on to add 73 runs off a mere 24 balls to fizzle out the spirits from the West Indies bowlers. Pant didn’t have the fear of getting out and he expressed himself without nurturing any inhibition. At one stage, it seemed as if he will go on to break Ajit Agarkar’s record of the fastest ODI fifty by an Indian off 21 balls. The onslaught also helped India to reach the score of 387/5 without much fuss.

However, just when Pant was seeming to give India the final kick to their innings, Keemo Paul dismissed. The speedster dug the ball on the pitch and also kept it away from the batsman. The batsman didn’t get any sort of timing and Nicholas Pooran, who was at sweeper cover, took a simple catch. Though he got out, Pant put the Men in Blue in a commanding position in the game.

Here is how Twitter praised Pant for the whirlwind innings:

Ladies and Gentlemen
this is #RishabhPant for you
This is why Indian cricket team has invested in him…
Where are the haters now????#INDvWI

Rishabh Pant today would be keen to check his phone and reply back to all the unanswered messages. #INDvWI #INDvWI #RishabhPant

Just the smell of #IPL gets Rishabh Pant going.

Some really clean hitting that millions know he's capable of.

Being a left handed batsmen myself, I've always wondered the amount of swing @ImRaina and @RishabhPant17 give to their bat while sweeping the ball!

Have always said Rishabh Pant could be excellent finisher. We can sense his true potential in the last 10 overs. And they sent him to setup innings at no. 4, only to make him look like fool! #INDvWI #INDvsWI

#RishabhPant trollers thinking they are loosing one customer …they have to find a new one now…they lost Rahul few months back…now pant..I think the trollers will be back with Kedar or kaddu in some days..

The dressing room scenes reminded of #Yuvi and #Kaif in #rishabh and #shreyas. Two talented youngsters showing off their skills. #INDvsWI #RishabhPant #ShreyasIyer 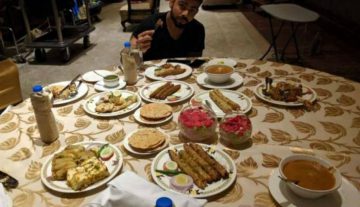 News
By CricShots - Dec 2, 2019
Virat Kohli Treated Himself With Chicken Burger After Scoring A Double Ton