Having taken an unassailable 1-0 lead in the three-match series, India made as many as three changes to their playing XI that beat Sri Lanka in the second T20I. Sanju Samson was the surprise inclusion while the other two players who got the chance for the ongoing third T20I in Pune are Manish Pandey and Yuzvendra Chahal.

India made light work of Sri Lanka in the second match. Virat Kohli had decided to bowl first turned out to be spot-on as the bowlers came up with a fine show. Led by young pacers Shardul Thakur (3 for 23) and Navdeep Saini (2 for 18), the hosts restricted the Islanders to a below-par total of 142 for 9 in the allotted 20 overs. In reply, India chased down the total with the utmost ease.

ALSO READ: Shikhar Dhawan Takes A Dig At The Hairstyle Of Cheteshwar Pujara

Openers KL Rahul and Shikhar Dhawan set the platform for the easy chase by adding 71 runs in 9 overs for the first wicket. Both of them departed in quick succession but Virat and Shreyas Iyer guided India to a comfortable win. The skipper scored a quick-fire 30 off 17 balls to take his side over the finishing line.

The fans were delighted to see Samson in the final T20I in Pune. He had earned a recall from the national team after a long gap of four years during the Bangladesh T20Is in November. However, he did not play a single match and was surprisingly dropped for the series against West Indies.

But an injury to Dhawan led to another recall although he did not play any game against West Indies either. He managed to retain his spot for the ongoing series too but was not named in the playing game for the first two games. But on Saturday, India finally gave him a chance to show his potential on the field.

And while only time will tell how Samson performs, the fans were delighted to see him in the playing eleven. Here are some reactions:

When Sanju Samson played last T20I for India, Rishabh Pant was looking for college after board results. #INDvSL

Sanju Samson gets a match at last!

That is some news, never saw coming, Sanju Samson replaces Pant. Sanju was sitting on the bench for the last 8 T20 matches.

Sanju Samson last played for India in 2015 against Zimbabwe.#INDvSL

Wow! Sanju Samson has been picked in the playing XI.

Finally Sanju Samson behind the stumps. ❤ You deserved it way before @IamSanjuSamson champ, make the most of it buddy. #INDvSL #SanjuSamson pic.twitter.com/c4Rcu8TBMs 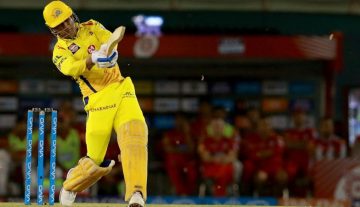