The retention and the release process ahead of Indian Premier League (IPL) 2019 has come to an end and there were a lot of repeat names. The players who’ve been performing over the years have rewarded by the franchises by giving them a huge cut from the purse. After confirming their contracts for the 12th edition, there are only 19 players in all who have crossed the fifty-crore mark as their combined salary ever since their debut in the cash-rich league.

Two new players made an entry into that list this time and they are Sunrisers Hyderabad’s big-hitter Yusuf Pathan and Kings XI Punjab skipper Ravichandran Ashwin as both their teams retained them. Pathan, after this retention, has gross earnings of ₹51.48 crores. While for the off-spinner Ashwin, his total IPL career salary has moved to a whopping ₹57.29 crores.

Pathan has received an extension of 1.9 crores while Ashwin had an addition of 7.6 crores in their total Indian Premier League salary. Ashwin has left behind Harbhajan Singh and Chris Gayle in the elite list of 50 crore earners.

ALSO READ: Five Indian players whose IPL career may be over

Chennai Super Kings skipper MS Dhoni is leading the list with his 12th season contract. His gross earnings amount to ₹122.84 crores. The other players in the list include Mumbai Indians skipper Rohit Sharma on the 2nd position with ₹116 crores and the Royal Challengers Bangalore maverick Virat Kohli with ₹109 crores.

After the retentions, the teams are gearing up for the upcoming auction which will be held in mid-December. The tournament is expected to commence early this year in the month of March with the World Cup 2019 as well as General Elections in India slated around the same time. 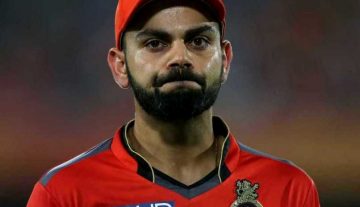