India are all set to play their first-ever Pink ball Test on November 22 against Bangladesh at Eden Gardens in Kolkata. While the players are preparing for the historic Test, former international umpire K Hariharan has talked about the problems which the umpires are going to face under the floodlights.

“It won’t make much of a difference. However, it will be interesting to see how the pink ball will behave under the lights, whether it will maintain its shine or not, otherwise it would just be another regular Test game for umpires,” he told ANI. “We do not know how the pink ball will behave under floodlights, with the dew coming into play, the ball might not swing much and that might be a concern for the umpires.”

Hariharan also shared the ways how umpires could get used to the conditions.

“As I said, the twilight part would be the most tricky part of the match. According to me, the umpires should visit the ground prior to the match and have a light-o-meter to take note of the light. This will also help the umpires assess whether they are having trouble in seeing the ball under lights,” K Hariharan further said. 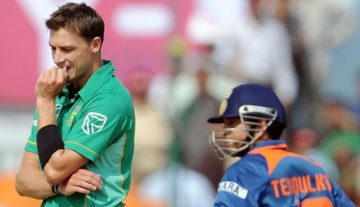