The Indian batting coach, Vikram Rahour feels that the Indian team management has a ‘good dilemma’ to choose two between Rohit Sharma, KL Rahul, and Shikhar Dhawan. Rohit had a phenomenal 2019, having struck five centuries in the World Cup. Dhawan has also among the runs, while Rahul is going through the form of his life.

Talking to the reporters ahead of the first ODI against Australia, Rahour said, “It’s a good dilemma to have. Rohit is an obvious choice of course. Both of them (Shikhar and Rahul) are playing well. Shikhar has done well in one-dayers and Rahul is in great form. So we’ll deal with it when we have to. There are still a couple of days to go. The management will sit down and make a choice.”

The series starts in Mumbai on January 14. The second ODI will be played in Rajkot on January 17 and the third in Bengaluru on January 19.

Asked about the relevance of the series in a T20 World Cup year, Rathour said, “So as a batter and bowler, especially when you are playing against a team like Australia, who is one of the better teams in the world, performances do make a difference. It gives you a lot of confidence. We’ll take it like any other series and playing against one of the better sides in the world.”

The Indian vatting coach has now become tired of answering questions on young batsman Rishabh Pant’s roller-coaster journey at every media interaction. Recently, the youngster made 71 in the first ODI against West Indies in Chennai last December and followed it up with a quickfire 39 in Visakhapatnam.

Rathour further explained, “Rishabh Pant, I think we have spoken a lot about him and every press conference I do, I face a question about him. He’s a good player.  He’s working hard on his fitness. He’s played some useful innings lately. So, a lot of work. He’s practicing hard, so hoping he comes good, becomes more consistent.”

ALSO READ: Alex Carey wants to be a match-finisher like MS Dhoni

Rathour also lauded pacer Shardul Thakur for his batting skills, saying he can be a dependable batsman in the late batting order. Thakur played match-winning cameos in the series-deciding ODI versus West Indies at Cuttack and third and final T20 against Sri Lanka in Pune.

Vikram added, “It’s all his good work (and) I’m not doing anything. He’s somebody who can bat all of us knew that. In the last couple of games, he got the opportunity to show what he can do. So he gives you a great option in a late order.” 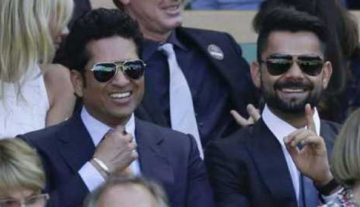