Former Indian cricketer, Vinod Kambli recently got engulfed in a cyber fraud when a fraudster acted as a private bank’s executive on a phone call and managed to churn out 1.14 lacs from the cricketer’s account. The fraud bank executive pretended to update Kambli’s KYC documents and then the cricketer witnessed money getting debited from his account.

It has to be noted that the incident came to the limelight when Kambli reached out to Bandra Police Station to register a complaint of the same act on December 03. The cyber unit of the same police station got hold of the fraud and finally recovered the same amount by reversing the transaction.

Talking of the incident, Vinod Kambli narrated that he received a call from a private bank executive who stated that he needs to update the KYC details of the cricketer. If he doesn’t do so, his card will be deactivated. In the same call, the cricketer was asked to download the ‘AnyDesk’ application through which the caller managed to access Kambli’s phone.

For the information, several apps are being used by fraudsters these days to debit the amount from the user’s bank account, and above mentioned is one of them. However, in the case of Vinod Kambli, while he was on call, several transactions took place from his account which ended up him losing a total sum of 1.14 lacs from his account.

Mumbai: An FIR registered at Bandra Police Station, against unidentified person, based on a complaint by former cricketer Vinod Kambli of being duped of Rs 1,13,998 on the pretext of KYC update.

When Vinod Kambli realized that the caller was not authentic, it looked like a fraud for him, and immediately reached out to his CA and bank officials. After tracing the details of the fraud account, the cyber unit asked the bank to reverse the transaction.

As per the quotes in India Today, One of the Cops said, “We are getting call details record and details of the bank account to which money was transferred so that the fraudster can be tracked.”

Vinod Kambli has played  17 Tests and 104 ODIs for India while amassing 1084 and 2477 runs respectively. His batting average in Tests stands to be impressive 54.20. 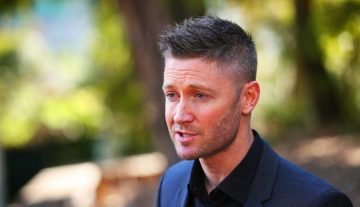