During the ICC World Cup 2019, Team India was termed as the hot favorites to win the coveted trophy in England. Under the captaincy of Virat Kohli, the Men in Blue were almost unbeaten in the league stage of the tournament as they only suffered a loss against the hosts. But in the semi-finals, they plunged and suffered a loss against New Zealand by 18 runs to leave the supporters heartbroken.

Even before the World Cup, the Indian team was in great form as they had won ODI series in Australia and South Africa. However, as India dominated their opponents both at home and abroad and Kohli was credited for the same, critics also raised the question whether he was held as equally responsible for the loss in the World Cup semi-final.

According to the chief of the Committee of Administrators (CoA) that runs the BCCI, Vinod Rai, it would be “incorrect” to say that nobody held Virat responsible after the World Cup debacle. As per the quotes in the Indian Express, Rai said, “It’s good to have checks and balances. When a team performs badly, I don’t think it’s only the captain’s (responsibility). There are a lot of closed-door discussions… To say that nobody held Virat Kohli responsible for the (World Cup) loss would be incorrect.

Rai was also questioned about the reappointment of Ravi Shastri and re-elected on the persistence of Virat Kohli and whether the Indian captain was being allowed to take the final call on everything.

ALSO READ: Gavaskar Thinks Players Should be Educated on Pitfalls of Match-fixing

Replying to those queries, Rai said, “We took charge on January 30, 2017. In April, when we happened to be in Hyderabad for the first match of the IPL season, Kumble’s contract was produced before me. Kumble’s contract, or rather selection as a coach, was for a two-year period. The person selected then did not find favor… So Kumble was selected, but he was given only a one-year tenure. Kumble’s contract did not have a clause for extension.”

Kumble was the predecessor of Shastri as the head coach of Team India and he stepped down abruptly reportedly over a clash with Kohli. Shastri took over from him in 2017. However, Rai said that he had no idea about the cause of the rift between Kohi and Kumble in the dressing room.

Rai said, “The issue that came up was not so much about what happened in the dressing room… It was if we have to extend Kumble’s tenure, how do we do it? I was in favor of an extension if it was found appropriate by a certain committee. I said please follow the process. That’s all.”

CoA chief also had his approval for Shastri as the head coach as he said the latter succeeded in making the team “fit, battle-ready and cohesive in every respect”. 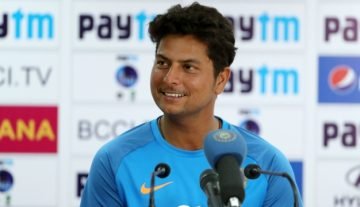