India’s premier pacer, Jasprit Bumrah has been known to make life difficult for the batsmen with his fiery pace and movement and he shows no mercy even to his skipper, Virat Kohli. Ahead of the first ODI of the three-match series against Australia on Tuesday, Bumrah got the better of Virat during a net session at the Wankhede Stadium in Mumbai.

When asked about the same at the pre-match press conference, Virat said, Bumrah is one of the most skillful bowlers and increases the intensity to the net session. The Indian skipper also went on to clarify that he got out on the last ball of his practice session.

Kohli said, “Well, Bumrah is playing with the team for the last four years now, and this is probably the second time I have ever got out in the net, hitting a few against him and not getting out. I’m glad that was the last ball of my net session because he ran back to his mark, but I got out. It’s fun sort of competition, he’s according to me the most skillful bowler and to play against him, he brings match intensity at the nets.”

He further added, “I can assure you that, he’s not shy about hitting us in the head or targeting our ribs every now and then.”

India started the year 2020 with a T20I series win over Sri Lanka but will find tough competition in Australia. Kohli feels India and Australia are the top two teams in the world currently in terms of the team balance and he is very excited to take on their full-strength side.

Kohli added, “We along with Australia are probably the top two sides in the world as far as balance is concerned, so whether it’s relevant or irrelevant that’s for people to decide, but as players, we are excited to play Australia, a full-strength Australia in our conditions to test ourselves against the best.”

The three-match ODI series against Australia will conclude on January 19 in Bengaluru. 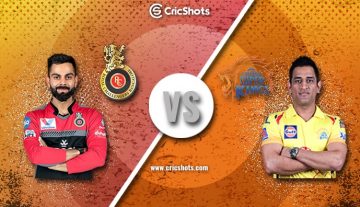