There is no doubt regarding the fact that the Indian cricketers and if the person is the Indian skipper, Virat Kohli, then the fan following touch astronomical levels. The admiration of the legendary cricketers like Sachin Tendulkar, during his playing days and even now and MS Dhoni now has reached dizzying height. And to that list the fan following of Kohli, it is just phenomenal.

Fans breaking the security barriers during India matches in India have become a common occurrence and with the kind of form Kohli and his team are right now, there is little to be surprised about such acts by the fans to see a glimpse of their fans. And an example of such crazy fan following was on full show at Visakhapatnam, the venue for the 1st Test of the three-match series between India and South Africa.

WATCH – Virat Kohli Appluaded Rohit Sharma After Getting Out

The Indian skipper met his ‘die-hard’ fan, Pintu Behra of Odisha, who has Kohli’s face tattooed across his chest along with BCCI’s logo and Kohli Test jersey number 269. On his back, the fan has got tattooed Kohli’s first name, his jersey number (18) as well as landmarks in his career including the 2008 Under-19 World Cup win, 2013 Arjuna Award, and the 2017 Padma Shri. Virat Kohli hugged the fan during the meeting and also had a close look at his tattoos after the pre-match press conference for the Vizag Test.

With his consecutive achievements, Kohli is regarded as one of the best batsmen of the modern-day cricket. The Indian skipper has scored more than 2,000 international runs with 68 centuries across all the three formats.

Kohli notched up the scores of an unbeaten 79 and 9 runs during the Twenty20 International (T20I) series against South Africa. But he only managed to score 20 in the Vizag Test as he was dismissed by the debutant, As a captain, Kohli will have a chance to lead India to a second consecutive Test series win in the World Test Championship. India bagged 120 points from their two-Test series against the West Indies.

Kohli has featured in 79 Tests for India, accumulating 6,749 runs at an average of 53.14. He also holds 25 centuries and 22 half-centuries to his name in the longest format. The 30-year-old has a high score of 243 in the longest format. India’s Test series against South Africa will conclude on October 23 at the JSCA International Stadium Complex in Ranchi. 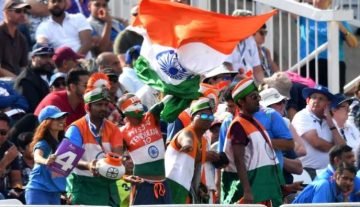