The India captain, Virat Kohli emerged as the only cricketer in the world’s top-10 list of highest-earning athletes through sponsored Instagram posts during the lockdown, according to a report. He is standing at the sixth position on the list, the figures for which were collected by ‘Attain’ during the period between March 12 and May 14, when the world literally shut down to stem the growth of the coronavirus outbreak.

According to the list, Kohli earned a total of £379,294 (₹3,60,76,933.83) through his sponsored posts, raking up £126,431 per post. Juventus superstar and Portugal football team captain Cristiano Ronaldo has continued to lead Instagram’s highest-paid list even in the lockdown phase.

At a time when the entire world has been facing the wrath of the coronavirus pandemic, star athletes like Ronaldo, Lionel Messi, Shaquille O’Neal, and David Beckham have still managed to earn big fat checks through the photo and video sharing platform. 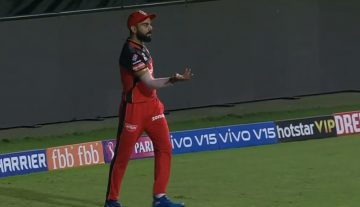