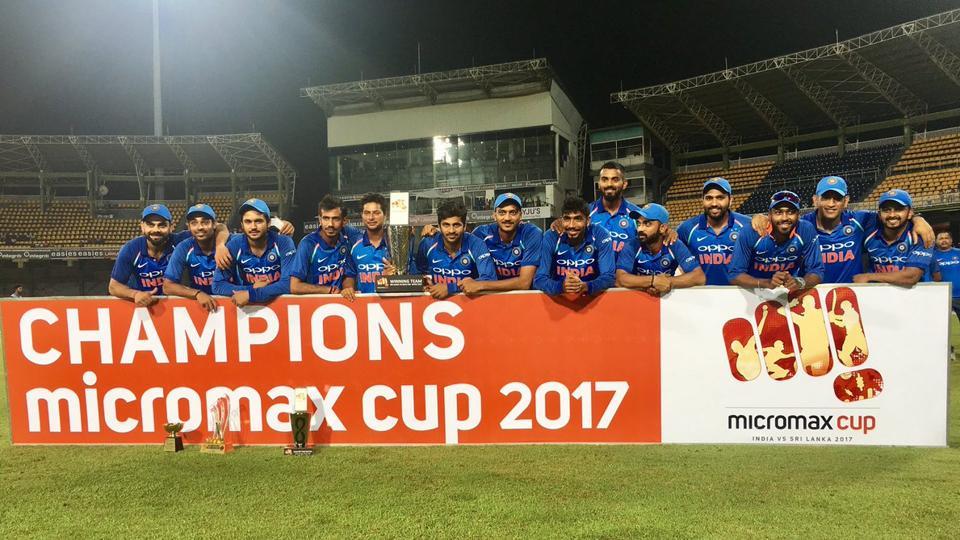 With a dominating run of the Indian team, skipper Virat Kohli is looking forward for a core team for the 2019 World Cup that is scheduled to take place in England.

Talking his plans for the 2019 World Cup, Kohli said, “We will address it and tell them that this is a bunch of 20-25 people, who will make the probable-list for the World Cup and everyone has an equal opportunity to be tested at different stages. It’s going to be a challenge among all the bowlers and the spinners that are going to be in the part of the bigger group to make it to the 2019 World Cup. As I said, we don’t want to be predictable in any way and we want to have an X factor if possible with the bowling attack as well.”

Virat and co. have continued their winning streak in Sri Lanka by clean sweeping the hosts on Sunday. India won the fifth and final ODI by 6 wickets in Colombo, a lot of credit for that goes to Kohli’s ton and Bhuvneshwar Kumar’s 5-fer.

Speaking about the team, Virat suggested, “The best thing about this team is they are very sporting and they accept things quickly and embrace the challenges. So I am quite lucky that I have a bunch of players that do not oppose anything that the management and me as captain address to them. It makes my job a lot easier.”

He further explained, “We will find the core group for World Cup quickly only if the guys perform in the next couple of big series coming up because then the mindset becomes different of taking anyone anywhere in the world. So I think those series will be very important for us to find the right balance as a team.”

When asked about the experiments in the batting order, Kohli replied, “We don’t want to be predictable till the lead up to the World Cup and in the World Cup. We want eleven guys who can bat at any stage, and chip in with overs at any stage.”