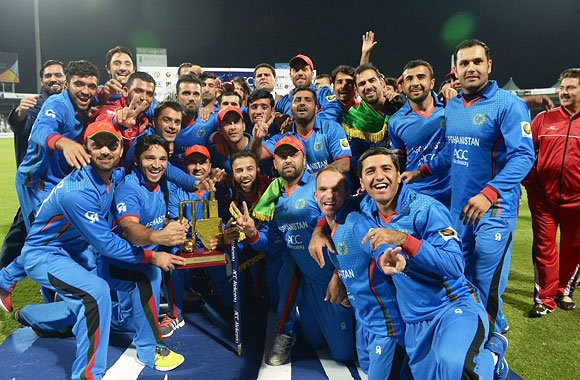 Virat Kohli is spreading his charm on and off the field, either with his majestic batting or praising his opponents. Who can forget he gifted his bat to Mohammad Amir during T20 World Cup 2016 after his sensational bowling spell against him? Kohli is moving from an aggressive player to a passionate athlete, who respects opponents as well.

The recent example of his changing persona is coming all the way from Afghanistan, who recently received Test status by ICC. In a 1:33-minute long video, posted by Afghanistan Cricket Board on Twitter, he was seen praising Afghan team for their recent achievements and congratulated them for their T20 tournament.

Board of Control for Cricket in India is also very supportive towards their progress and allowed them to play in Greater Noida as their home ground. The war affected country played a five-match ODI and three-match T20I series against Ireland earlier this year. Star players Rashid Khan and Mohammad Nabi have featured in the Indian Premier League 2017 for Sunrisers Hyderabad, where former showed his exceptional display of bowling.

Afghanistan has left everyone in awe with their rapid growth in International cricket. Though they are yet to play their maiden Test, but we can’t deny that everyone would love to see them donning whites on the field. Rashid Khan has revealed his dream to dismiss Virat Kohli and AB de Villiers in the Test cricket.

Here is the video shared by ACB;

Many thanks to Indian captain @imVkohli for his positive outlook on Afghan cricket pic.twitter.com/M6Z5H6eb2r