The hectic schedule of the Indian cricket team keeps them mostly on the road. And even during there small breaks, the players get busy with shooting commitments and off-field activities.

Some of the media reports of have suggested that the India skipper Virat Kohli will be shooting a special chat show with Bollywood star Aamir Khan for Diwali. The Indian cricketers are currently on a mini-break after winning the ODI series against Australia by 4-1 on Sunday. The 3-match T20I series starts on Saturday.

According to reports in a news agency, the shoot will take place on Tuesday as Aamir takes a break from promoting his upcoming film Secret Superstar. The spokesperson of the movie said, “This would be the first time that Aamir Khan and Virat Kohli will share a platform together.”

Team India has been in great form in recent times as they claimed the No.1 spot in the lastest ODI rankings after thrashing Australia. Kohli continued his dominance at the top of ODI rankings for batsmen as men in blue are now the No.1 team in ODIs. With this victory, the ‘Men in Blue’ leapfrogged South Africa to regain the numero uno spot in the latest ICC ODI rankings. 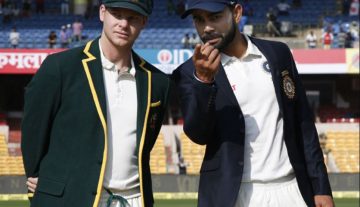