Former Indian opener Virender Sehwag has lashed out at the scheduling of the upcoming Asia Cup in which only Team India is scheduled to play back-to-back One-Day International matches. The tournament will commence on September 15 with the game between Bangladesh and Sri Lanka. But India will play their first game on 18th against the qualifier followed by a match against their arch-rivals Pakistan on the very next day. This is what made Sehwag angry as he feels that India should not play in the Asia Cup now.

It seems that the Asia Cup schedule is made in a hurry as India’s ongoing England tour to end on September 11. A few Indian cricketers who play Test cricket, are also the part of the ODI side which means that there will be very less recovery time for them after returning from the grueling tour.

Moreover, if they have to play 2 matches in as many days then it will also take a toll on the cricketers. The searing heat in the United Arab Emirates will make things worse for them.

Virender Sehwag, while speaking to India TV, was extremely disappointed with scheduling. He also went on to say that the players will be tired while facing Pakistan who will be coming into the game after resting for a couple of days. He said, “I am really shocked to see the scheduling because which country plays back-to-back cricket matches these days? There was a gap of two days in between the T20 matches in England and here you are playing ODIs under hot Dubai weather and that too without a break.”

Viru also believed that the Men in Green will definitely have an advantage against India as they will be fresh compared to the Virat Kohli and his men. He said, “If we end up losing the match, then there might be a problem as we all are very passionate whenever we play against Pakistan. We always want India to win against Pakistan but if the Indian players are tired then Pakistan will definitely have the advantage”.

Sehwag concluded by stating that Team India should op not to play the Asia Cup as it’s really difficult to play back-to-back games. 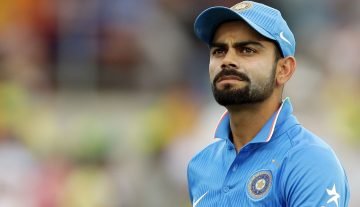 Videos
By B Dixit - Feb 13, 2018
Another run-out breaks Rohit-Kohli partnership