With the Indian team going through some of the tough times in terms of the injury concerns in the ongoing four-match Test series against Australia, former Indian opener, Virender Sehwag has offered his services for the fourth Test match in Brisbane. Due to the long list of injuries, stand-in skipper Ajinkya Rahane and coach Ravi Shastri will be facing huge a major selection dilemma, with the series level at 1-1.

Sehwag’s tweet is nothing short of much-needed banter ahead of the Brisbane Test. Even if in some alternate reality, he was allowed to play, it would not be possible due to Australia’s strict quarantine rules. Of the players who took part in the Sydney Test, Ravindra Jadeja, Jasprit Bumrah, and Hanuma Vihari are confirmed absentees.

Jadeja dislocated and fractured his thumb. He will be out for a couple of months. Bumrah is suffering from an abdominal strain and will reportedly sit out the final Test match. Also, Vihari had suffered a grade 2 tear in his hamstring. Despite their injuries, India put in a valiant performance to draw the third Test, with Vihari helping them reach the finishing line.

It is also worth noting that Ravichandran Ashwin and Rishabh Pant was also battling out pain while batting in Sydney, with the latter also scoring a 97-run knock. Meanwhile, Ashwin was unbeaten with Vihari as India drew the fixture.

Bumrah and Jadeja’s absence will be a big blow for the visitors. Bumrah leads India’s pace attack, meanwhile, Jadeja’s all-round capabilities are an important asset. Australia won the first Test, followed by India winning the second fixture. The fourth Test match between both teams scheduled to commence on January 15. 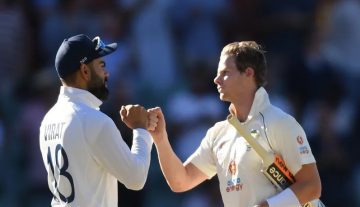