Former India player turned commentator VVS Laxman has shared that the best moment in India’s Test win at Lord’s was when the entire team welcomed Mohammed Shami and Jasprit Bumrah after their heroics with the bat. The duo added an unbeaten 89 runs for the ninth wicket and helped India take a decent lead as well.

Shami scored an unbeaten 56 runs while Bumrah made a steady 34 runs as well. Due to that, Virat Kohli had declared with a score of 298/8. In his column for the TOI, VVS Laxman expressed his thoughts on India’s massive win at Lord’s.

“The moment of the match for me was off the field, when the entire Indian contingent came down from the dressing room and gathered at the Long Room to welcome these two warriors back at the lunch break. If ever there was an example of celebrating their mates’ success,” VVS Laxman asserted. 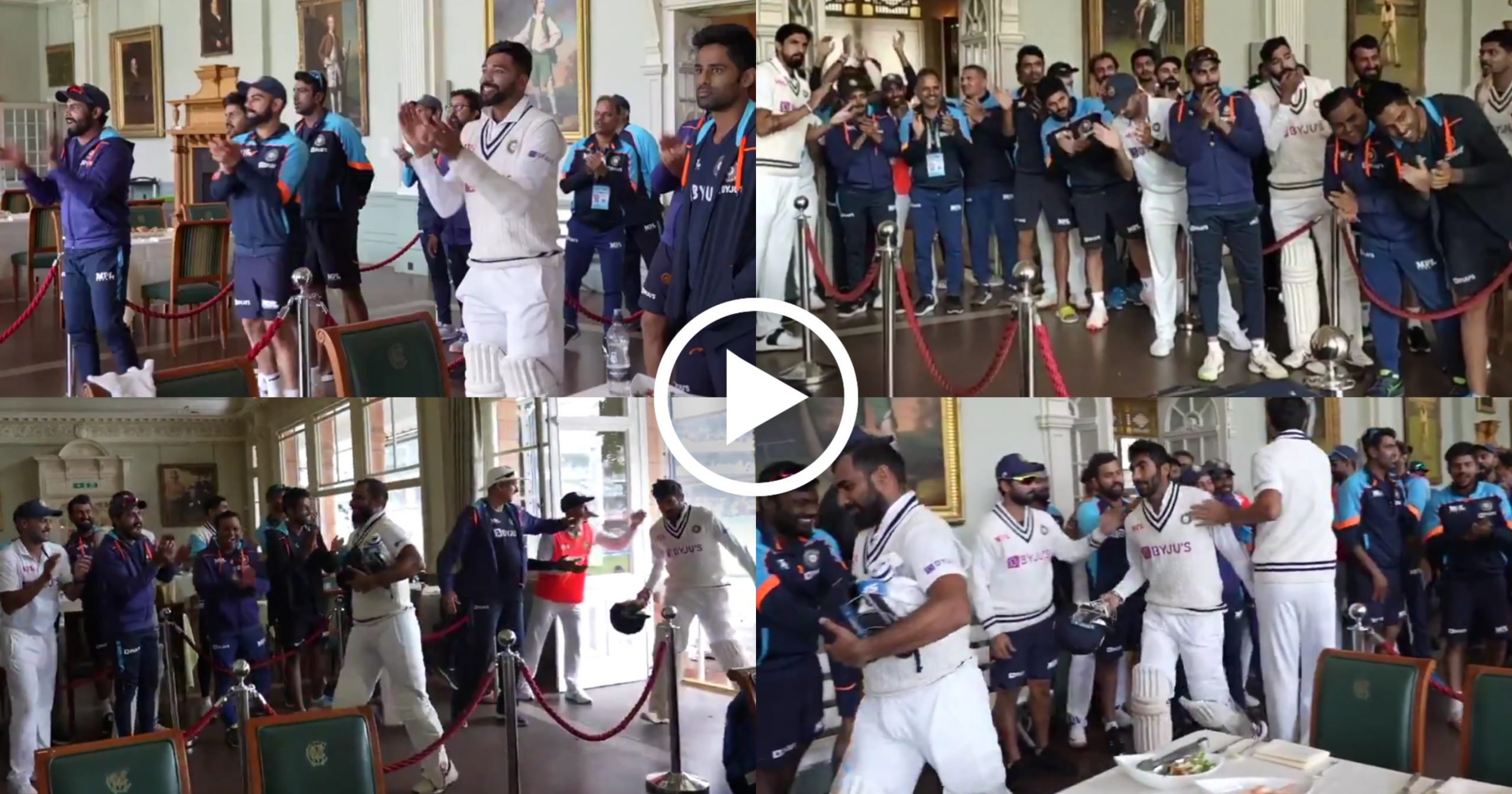 “This was a win for the collective. There were several outstanding individual performances, but India didn’t deviate from the central theme – ‘team before self’ — which was most heartening to see. To have the belief that 60 overs was enough time for the four-pronged pace attack to bowl England out a second time on what was a slow, placid surface shows how far India have come as a Test force,” VVS Laxman concluded.

Meanwhile, Aakash Chopra has named Cheteshwar Pujara and Ajinkya Rahane’s second-innings partnership as one of the key parts of India’s win. “It was the biggest positive according to me, the most critical kind of contribution. If you weigh it in terms of runs, you will say it is okay, what’s the problem. When it was going on, people were saying that nothing is going to happen if they play so slow, you are not giving yourself the chance to win,” he further added.