The coronavirus pandemic has halted the globe with the whole world coming to a standstill. The outbreak of Corona has forced everyone into self-isolation. All the sportspersons are using this free time by focusing on fitness and take more advantage of the same to spend time with their families. With no cricket going around and everyone in isolation for personal safety, many players and coaches were seen spending time on social media. ICC took decided to spread some happiness among the fans of the sport.

To spread some joy in the moment of quarantined crisis, the International Cricket Council decided to post a fun graphic on their social media handle as a to know “who is your quarantine partner”. Bored at home, many cricket fans responded to the tweet of ICC sharing their results of the graphic image. A few cricketers too joined in on the fun and shared their responses.

Who is your quarantine partner ❓ pic.twitter.com/LWfV56Xko0

The image shared by the ICC explains how the game should be played. It says that the “The Isolation Game” is based on your “birth month”, “highest cricket score” and the “last digit of your phone number”. Former South Africa batsman Herschelle Gibbs shared his results of the game which revealed that he had been paired with India captain Virat Kohli.

Herschelle Gibbs shared his response with: “In quarantine, me and @imVkohli going toe to toe in the gym.”

In quarantine , me and @imVkohli going toe to toe in the gym💪 https://t.co/FZ0mvB3OMp

David Warner also joined in and revealed that the Australia batsman and got New Zealand skipper Kane Williamson as his quarantine partner. “Me and Kane Williamson doing TikTok videos,” Warner tweeted.

David Warner and Kane Williamson are good mates as they share a dressing room for the IPL franchise SunRisers Hyderabad.  Earlier scheduled to begin on March 29, The 2020 season of IPL has now been postponed until April 15 due to coronavirus pandemic across the globe.

The Board of Control for Cricket in India president Sourav Ganguly had made it clear that if the COVID-19 crisis improves, and the government allows for the matches to happen, the 13th edition of IPL will be a cut short into a smaller tournament.

Sourav Ganguly was recently asked to provide an update on the status of the future of IPL. The BCCI president reveals,  “It will happen, because if it is April 15, then, in any case, 15 days are gone, it has to be truncated. How truncated, how many games, I can’t say at the moment.” 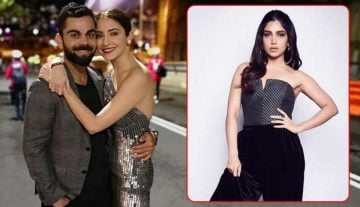