Wasim Akram urges ICC to have a ‘proper World Cup’. The former Pakistan fast bowler shares how he cannot imagine a Cricket World Cup without fans.

“Personally, I don’t think it’s a good idea. I mean, how could you have a cricket World Cup without spectators. A World Cup is all about big crowds, spectators coming from all parts of the globe to support their teams. It’s all about the atmosphere and you cannot get it behind closed doors,” Akram said.

“So I believe that they (ICC) should wait for a more suitable time and once this pandemic subsides and restrictions are eased then we can have a proper World Cup,” he added.

ICC has taken positive steps to resume cricket activities that have been halted since March. England, Australia, West Indies, and Sri Lankan Cricket teams have allowed the players to resume training. England is also scheduled to host the West Indies in July for a 3 test match series.

Jones said, “T20 World Cup isn’t going to happen in Australia this year for a lot of reasons.”

He added, “Firstly, Cricket Australia has retrenched a lot of people. So, when you have 16 teams here, and 30-40 people per team including staff, players, and administrators, you won’t be able to do it. Especially with the cover restrictions being very stringent here in Australia. And the host country also doesn’t make much money by hosting a World Cup.” 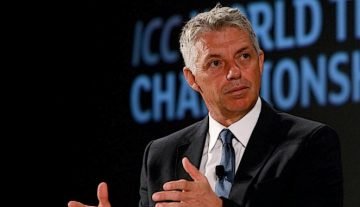