Former India opener Wasim Jaffer recently said that India opener Rohit Sharma has the best cricketing brain among the current players. Jaffer, who has recently announced his retirement from all forms of cricket, was engaged in a series of questions on Twitter with his fans and there he said that about Rohit, with whom he has shared the dressing room for Mumbai as well.

Rohit Sharma has been a successful captain so far, be it the Indian Premier League (IPL) or while leading the national team in limited-overs cricket in the absence of regular captain Virat Kohli. Under his captaincy, Mumbai Indians registered convincing win in the IPL four times. For Team India, he has led the team 10 times in ODIs and won eight games while in T20Is, he won 15 matches out of the 19 while leading the side.

However, the 32-year-old was about to lead Mumbai in the 13th edition of the Indian Premier League which now stands pushed back till April 15 due to the novel coronavirus pandemic across the globe. Had the IPL started on Sunday, he would have led Mumbai Indians in their first game against Chennai Super Kings (CSK) at the Wankhede.

Rohit Sharma recently said that IPL can wait as of now amid the coronavirus pandemic in the country, which has so far affected more than 1,000 people and taken 29 lives as well.

“We should first think about the country. The situation needs to get better first then we can talk about the IPL. Let life get back to normal first,” Rohit Sharma said.

The upcoming edition of Indian Premier League 2020 is likely to be cancelled due to the situation surrounding COVID-19, the novel coronavirus pandemic in India, as per the report in The Indian Express. The mega auction, which was scheduled to take place before IPL 2021, will also be postponed by a year. Moreover, the franchises can retain the same squads they have for this year’s league and they will be given an option to pick or drop players as well. 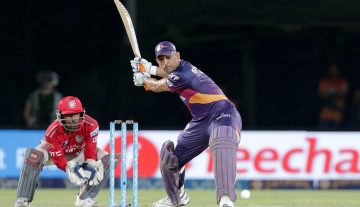