Currently, the Rajasthan Royals (RR) are locking horns with Delhi Capitals (DC) for the first time in the ongoing season of the Indian Premier League (IPL) at the Sawai Mansingh Stadium in Jaipur. After winning the toss, the DC skipper, Shreyas Iyer asked the host to bat first the chances of some due in the latter half of the innings. However, RR started on a rough note as they lost Sanju Samson 2nd over of the game itself.

Along with Smith, Ajinkya was toying with the bowlers as from the score of 59/1 in the first 7 overs, they took RR to a total of 135/1 at the 13-over mark. Meanwhile, both of them completed their respective half-centuries as well. During their partnership, Rahane played a scoop shot in the 13th over of Chris Morris. On the second ball of the over, Ajinkya moved across to a full ball which was outside off and he flicked the ball over the fine leg boundary for a six. 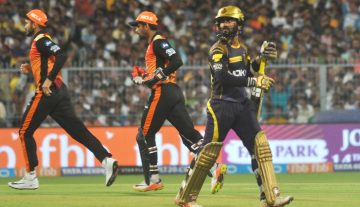