The Indian opener, Mayank Agarwal, called up to India’s ODI squad as a replacement for injured opener Shikhar Dhawan, made his first appearance on ‘Chahal TV’ and the maintained the entertainment quotient of the show. After a long and serious monologue by Agarwal, he signed off by saying that he was honored to be making his debut on the chat show.

Leg-spinner Yuzvendra Chahal then trolled the batsman, saying “It looks like you have come from the gym,” as he pointed to Agarwal’s biceps. Taking the joke further, Chahal said, “His arms have been like this throughout”, holding his arm out in flex as the two of them burst out in laughter.

You wouldn't want to miss this one – by @yuzi_chahal & @RajalArora

Chahal had earlier asked him how he manages to adapt to the different formats without much of an effort.  After some dominating performances that saw Agarwal has become a regular member in the Indian Test squad, he played a series of quickfire knocks to help Karnataka retain the Syed Mushtaq Ali T20 trophy.

Describing the same, Mayank said, “The first thing about the mindset is that I want to do it (play across formats). The more I play like this, the more this happens, the better it is for me as a cricketer because I’d rather play cricket than not play cricket. When you speak of the mindset, for me, the basics remain the same. Whether you are playing red-ball cricket or white-ball cricket, if you know your game-plan and have an understanding of your game, it becomes easier to switch.”

Agarwal gave some more insight into his mindset that has helped him put up some consistent performances for both India and Karnataka.

The Karnataka batsman further elaborated, “Wherever I am playing, I just think about how I can be an asset to my team. Even if I don’t make runs with the bat, I can bring energy to the field, or I can field well. I get on to the field thinking that I have to win every match, every tournament. If you play with that kind of attitude and play with that kind of intensity, most often you will have a good mindset. There will be ups and downs, but you will give yourself a good chance.”

Mayank Agarwal’s state and IPL teammate KL Rahul is likely to open along with Rohit Sharma in Dhawan’s absence after two good knocks in the just-concluded T20I series against West Indies, but Agarwal will be looking forward to any chance that may come his way and grab it as he did in in the longest format. 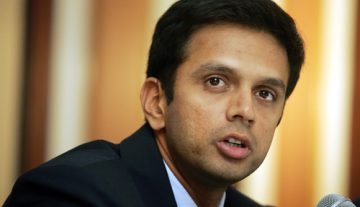 Article
By Shruti - May 18, 2019
Kohli Sets Standards We Thought Would Never Be Achieved, Says Dravid