During the toss, the DC skipper, Shreyas Oyer revealed that they have made no changes to their as they wanted to continue with the winning squad. On the other hand, the CSK also made just one change as Shardul Thakur came back in to replace Murali Vijay.

The men in yellow got the prized wicket of Prithvi Shaw in the third over bowled by Deepak Chahar owing to the brilliant DRS call by Dhoni. In the previous over of Shardul Thakur, Shikhar Dhawan had smashed as many as 13 runs. DC lost the plot after that as they kept on losing wickets on a regular basis as from 37/2 after the powerplay, Delhi was reduced to 80/5.

After that, Rishabh Pant was making a partnership with Sherfane Rutheford, but the latter got out in the 16th over of Harbhajan Singh. However, Pant, who was looking to slow in the last over, was also dismissed Chahar in the penultimate innings and the final over was being bowled by Ravindra Jadeja and he was smashed for a six on the second ball of the over Trent Boult, but he had his revenge on the very next ball.

Delhi was reduced to 137/9 and Ishant Sharma was the 11th batsman and he finished the innings with a four and a six on the last two balls. Eventually, Delhi reached the total of 147/9 in their quota of 20 overs as they gathered as many as 28 runs in the last two overs.

Here is the video of Ishant’s shots: 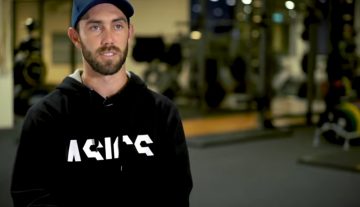 Article
By Shruti - May 23, 2019
It’s important for me to bowl in a partnership with someone, says Maxwell