Currently, the Rajasthan Royals (RR) and Sunrisers Hyderabad (SRH) are locking horns with each other at the Sawai Mansingh Stadium in Jaipur. After winning the toss, the RR skipper, Steve Smith decided to bowl first and asked the visitors to bat. However, his decision backfired as SRH scored 51 runs in the powerplay itself.

One of the few bad things for SRH in the game was the early dismissal of their skipper Williamson when he was undone by Shreya Gopal’s wrong’un in the 4th over. However, after his dismissal, David Warner and Manish Pandey continued their batting form as they added as many as 75 runs for the second wicket before the former getting out in the 13th over of Oshane Thomas owing to a mind-boggling catch by Steve Smith. Even, Manish got out in the 15th over of Gopal, owing to the brilliance of Sanju Samson behind the stumps.

WATCH – Manish Pandey Got Stumped And Caught On The Same Ball

After Pandey’s dismissal, SRH lost the plot completely as from 121/3 they were reduced to 147/8. However, the fifth wicket of Deepak Hooda was quite interesting as Jaydev Unadkat took a fabulous catch on his own bowling with a full-stretched dive. Unadkat brilliantly bowled the slower ball on the stumps on a length. Hooda failed to read it and he was way too early into the flick and he pops it in the air. It’s flying above Unadkat but he times his jump perfectly in the follow through to pluck it with his left hand stretched out full, in the air. 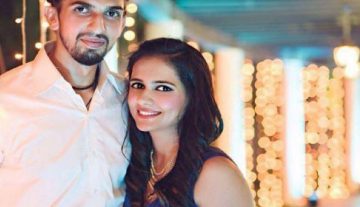