After facing a 5-0 whitewash in the recent concluding ODI series against England, the Australian cricket team had the chance to save some pride in the one-off T20I. However, England team continued their dominance in the shortest format as well by registering another thumping win over the Aussies and once the again Jos Butter, who scripted the win for the hosts.

In the one-off Twenty20 played at Birmingham on Thursday night, Butler, with superb innings, scored 61 runs in just 30 balls. During the course of his innings, Buttler faced 30 balls and smashed 6 boundaries and 5 sixes.

WATCH – Why Dhoni Said No For DRS On A Plumb Dismissal?

After the 11th season of the Indian Premier League (IPL), Butler’s stupendous form continued in the international games as well. In the one-off T20I against the Kangaroos, In such a situation, he played such impressive innings yesterday that the money from the audience’s tickets was recovered from his shots. Meanwhile, Butler hit a scoop shot with immense ease against Kane Richardson in the fourth over of the match.

Talk about a 360 cricketer!

With the help of Butler’s impressive knock, England scored 221 runs in their quota of 20 overs. In response, the Kangaroo team showed their strength in the last match of the series. During the chase, it was the Australian skipper Aaron Finch, who was the lone fighter for the visitors as he amassed 84 runs in 41 balls. In total, six sixes and 7 fours came from his bat. But none of the batsmen could survive except Finch’s pinch.

It was the last match for Australia on the English tour, which was one of the most demoralizing ones for them ever since they have started to the play the limited-overs cricket. 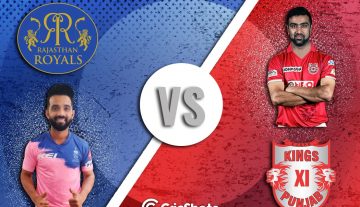