England wicket-keeper Jos Buttler is well on the verge of facing a hefty fine from ICC after being caught using cuss words against the South African seamer, Vernon Philander on the stump-mic during Day 5 of 2nd Test match at Cape Town. The stump microphone picked Buttler calling Vernon Philander a ‘f***ing k***head’ as tension mounted with England on the verge of a victory.

Philander had frustrated England with fighting innings of 51-ball 8 runs and Buttler hurled abuses at the retiring South African cricketer when Philander blocked the former’s view from an incoming throw.

When Buttler was collecting a throw from the mid-off fielder, Philander was not aware of the throw, but he managed to evade teh ball at the last second. After collecting teh ball, Buttler quickly threw it back to the bowler but started a rant against the veteran all-rounder. Not stopping there, the English wicket-keeper than repeated the “F” cuss word several times and asked Philander to “f*****g move, get past that f*****g gut” as Philander stared at him. The face-off resumed in the next over as well.

Broadcaster Mike Atherton later apologized on air for the said incident as he said on air, “Apologies if you heard a little bit of foul language an over or two ago. Obviously things are getting pretty heated out there at the moment.”

However, Philander’s efforts went in vain as  England subdued a stubborn South Africa to win a thrilling second Test by 189 runs late on the final day on Tuesday, their first victory at Newlands since 1957. South Africa pacer Dale Steyn retweeted the video of the aforementioned incident, captioning it “Well, that was loud and clear.”

Well, that was loud and clear. https://t.co/Mr7ZftfUUg

England skipper Joe Root played down the incident, saying ill-feeling would not sour relations between both teams. After the match, Root said, “I don’t think it was anything serious. It was just two guys playing hard Test cricket. Emotions were running quite high and I don’t think anyone overstepped the mark. You want a bit of spice on the TV anyway, don’t you?”

Meanwhile, Ben Stokes played a crucial role in England’s 189-run win that helped the visitors level the series 1-1. He took the last three wickets, including the final scalp of Philander, as England secured the win with 8 overs to spare.

Here are some of the reactions on Buttler’s action:

You hate to see this kind of behaviour from Buttler. Let's just hope that after the Test, the two sides got together in the dressing rooms, had a few beers and worked out a way to blame it on David Warner. https://t.co/o8SfgjgvzC

Buttler you are still wet behind the ears and are an embarrassment to your country and the cricket fraternity. Learn some respect, your apology to Big Vern should be as accurate and direct as his line and length.#ProteaFire #SAvENG https://t.co/CalY0xAxVA

You hate to see this kind of behaviour from Buttler. Let's just hope that after the Test, the two sides got together in the dressing rooms, had a few beers and worked out a way to blame it on David Warner. https://t.co/o8SfgjgvzC 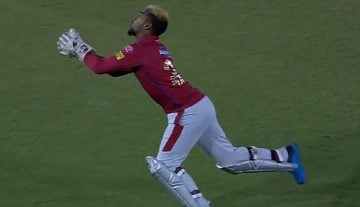