The Indian Premier League (IPL) franchise Royal Challengers Bangalore (RCB) were knocked out of the cash-rich T20 extravaganza after losing to the Rajasthan Royals (RR) in Jaipur on Saturday. The tagline of RCB ‘E Saala Cup Namde’ (This year Cup is ours) has been put to rest by their fans now who were firmly believing that the team will win the IPL much like their captain Virat Kohli before the start of the season. However, the RCB fans are more disappointed with the fact that the players who were released by the franchise have done extremely well for other teams.

On the other hand, Kolkata Knight Riders (KKR) qualified for the playoffs with a comfotable win against the table-toppers. Interestingly, the Karnataka players played a crucial role in their victory last night with Prasidh Krishna taking 4 wickets and Robin Uthappa playing a crucial knock in the chase. However, they both have now come together and urged the Bangalore fans to support Kolkata and they end up trolling RCB with their tagline again.

The KKR players were delighted after the victory as they had qualified for the playoffs once again. After the game, Uthappa took a candid interview of the youngster Krishna whose memorable bowling spell at the death restricted the Sunrisers to a below-par total. After analyzing the team’s performance, Krishna and Robin pointed out that Bangalore has no chances to qualify for the playoffs and urged their fans to support KKR.

They also indirectly trolled RCB by repeating the tagline ‘E Saala Cup Namde’ for KKR as both the cricketers were confident of lifting the trophy this year. This is not the first time when the players of Karnataka have taken a dig on the Virat Kohli led franchise. Earlier, when Kings XI Punjab (KXIP) was on a winning spree, the likes of Karun Nair and KL Rahul had also trolled them.

Here’s the video of the conversation: 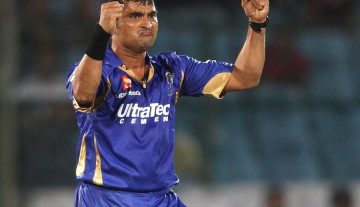