Currently, Team India is locking horns with Sri Lanka in the second T20I of the three-match series at the Holkar Stadium in Indore after the first game being washed out in Guwahati. After winning the toss, the Indian skipper, Virat Kohli decided to bowl first citing the dew factor. Both teams announced unchanged XIs. The Indian wrist-spinner, Kuldeep Yadav scalped a couple of wickets in his first two overs itself.

Sri Lanka didn’t have the expected as their openers, Danushka Gunathikla and Avishka Fernando only managed to add 38 runs for the first wicket before the latter getting dismissed by Washington Sundar in the fifth over. After that, the Islanders never managed to stitch a partnership as they kept on losing the wicket at regular intervals.

ALSO READ: Special Chemicals To Be Used To Reduce Dew In Indore

Surprisingly, Kohli handed the ball to Kuldeep in the 12th over of the innings when they were already reeling at 75/2. However, on the very first ball of his spell, Yadav was smashed by Kusal Perera for a six and he got the wicket of the Oshada Fernando on the third ball of the over as Rishabh Pant affected an easy stumping.

In his second over, Kuldeep again got smashed for a six on the very first ball by Perera but this time he managed to take the revenge. The batsman had smashed the six off a reverse pull shot and on the second delivery which was tossed up by the bowler, Kusal came out to smack it over long-on but Kuldeep pitched it wide enough to not allow the batsman to generate power and in the end, Shikhar Dhawan took a comfortable catch.

Here are the videos of the sixes and the catch: 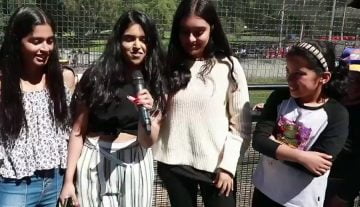