However, the late fireworks of Kieron Pollard and De Kock helped MI to reach the total of 162/5 in 20 overs. In the final over of Khaleel Ahmed, Pollard lost his wicket owing to a brilliant catch by the young Abhishek Sharma.

During the chase, the SRH openers, Guptill and Wriddhiman Saha started off well as they scored as many as 40 runs for the opening wicket in just 4 overs before the latter getting out in the 4th over Jasprit Bumrah. The ball was full outside off and it drew Saha into a drive. But it was a slower cutter, he was too early into the shot, and he couldn’t keep it down and ended up slicing the ball in the air towards the point, where Evin Lewis plucked the catch cleanly out of the thin air. 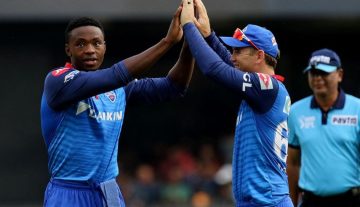